Our second annual Thanksgiving delivery event was a success

Take Off the Migos Funeral Tickets

Early “in-person” voting for the Nov. 8 presidential election started Monday in Georgia.  In addition, it will be available to voters over the next three weeks as the state ramps up balloting in advance of Election Day.

The move comes as thousands of voters have already begun to return mail-in absentee ballots for the election.  Although, it’s worth noting that none of the ballots are actually counted until polls close the night of the election.  Early voting is still a popular option here. In the last presidential election, nearly 2 million people in Georgia cast early ballots ahead of Election Day.  That was almost half of all ballots cast in that election year.

A key day in the early voting period will be Oct. 29, the one Saturday it’s mandatory that polling locations be open.  Any voter registered in Georgia can vote early.  Each of Georgia’s 159 counties starting Monday will have at least one early voting location open. Often, it’s the main elections office. Some, such as Fulton County, will have several sites available.  Be aware, however, that your regular neighborhood polling place will likely not be open; often, local municipalities only open select sites during the state’s 21-day early voting period.

When and Where Links

– Cobb County: When and where to vote early

– Dekalb County:  When and where to vote early

– Gwinnett County:  When and where to vote early

– North Fulton:  When and where to vote early

Use the Secretary of State Office’s online “my voter page” website (www.mvp.sos.ga.gov/MVP/mvp.do) to find a sample ballot or specific early voting location.

You can also call your local elections office to find early voting locations or look for the “advance voting info” link under the elections tab of the Secretary of State Office’s website (www.sos.ga.gov).

Bring photo identification, which can include a Georgia driver’s license, even if it’s expired.  A state-issued voter identification card, a valid U.S. passport, or a valid U.S. military photo ID are also valid.  You can not take pictures in the ballot area.  It is illegal in Georgia to take pictures of a ballot or voting equipment, but the Secretary of State Office has said it has seen voters in previous elections post “ballot selfies” on social media — something that could get you in trouble with the law.

Local elections information and your “My Voter Page” are on the free “GA SOS” app for your smartphone via iTunes or Google Play for Android.Source: Election 2016: How to vote early in Georgia 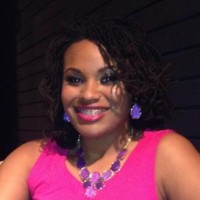 About the Author Danni Smith

Foodie. Lover. Friend and 1/3 of Live Life Half Price

Our second annual Thanksgiving delivery event was a success

This site uses Akismet to reduce spam. Learn how your comment data is processed.